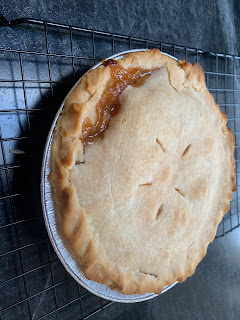 Yield: One Pie, One 1L jar of pie crust

References: Back of the pie tin and just guessing

Ingredients: Method:
The rest of the filling went into a jar and into the fridge.

Notes on this batch: